Parent shot and killed after dropping off child at school 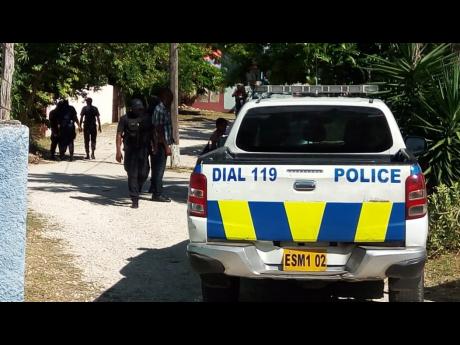 Police on the scene at this morning's shooting.

The St James Police are currently processing the scene where a male parent was shot and killed, while dropping off his child at the Cornwall Gardens Basic School, in Mount Salem, this morning.

Reports are that shortly after  8a.m., the parent drove on to the compound of the school, to drop off a student when he was attacked by armed men.

The gunmen opened fire hitting the victim multiple times, before escaping in the community on foot.

The police were summoned and upon arrival, the wounded man was transported to hospital where he was pronounced dead.

Investigators attached to the Area 1 Crime Scene Unit are currently processing the scene.