I am the king of all emcees, says Nuffy 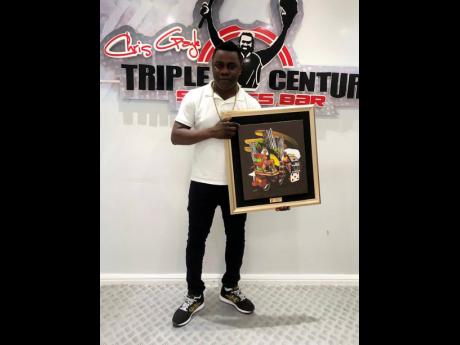 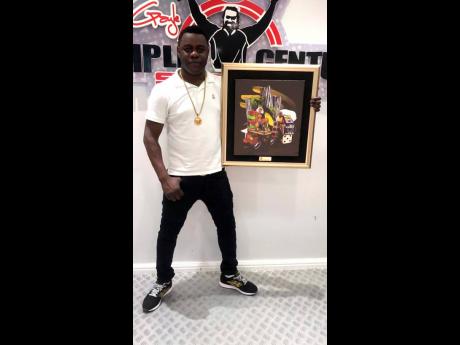 Declaring himself the "baddest" emcee in Jamaica, Nuffy is today over the moon after receiving his Magnum Big 20 award for dancehall's biggest host.

The corporate brand has been honouring some of dancehall's finest across all platforms and has already recognised dancehall queen Spice, Ding Dong, Sean Paul, and Stone Love.

Dedicating his award to Isaiah Laing and the Sting team, MC Nuffy said that had it not been for the platform, he wouldn't have accomplished all he has to date.

"Sting set the trend fi Nuffy come out and do all the things, and so me wah dedicate this plaque to Laing and Heavy D. I know it's the work that I did on Sting why all these things have become possible, and so this is dedicated to the greatest one-night show on Earth," he said. "This moment happen because of the longevity of that show and the hard work and their belief in me. I learnt a lot from them - how to deal wid people, how to build a vibes and keep things going at a show. Respect due to Sting."

Nuffy said that despite his hard work in the industry over the last couple of decades, he never expected anyone to show their appreciation on this level.

"This is well appreciated, so mi wah say big ups to Magnum. It feels good to know someone really acknowledge my work. Anybody getting honoured in this time, yuh haffi feel good about it. I am the number one dancehall MC, undisputed. I am the king of all emcees. Anybody weh ago fight over me title right now haffi come good," Nuffy told THE WEEKEND STAR.

"Me put in the work, and it a pay off. I've been doing this now for more than 20 years. da energy yah just ago put me to another level to the world and to the people."