News from around the region 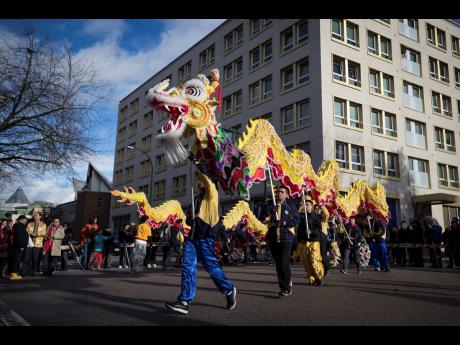 The police are investing an incident in which an elderly woman, who was a passenger on a cruise ship, died following a collision in Bridgetown.

It’s reported that the cruise ship, with approximately 650 passengers, arrived in Barbados at 6 a.m. (local time) on Saturday.

In a statement, the Barbados Port Inc. and Barbados Tourism Marketing Inc. said it is with deep regret that they report the death.

“The Royal Barbados Police Force and other officials are currently conducting investigations into the incident,” the statement read.

The Barbados Tourism Marketing Incorporated (BTMI) has made counsellors available to those affected by the incident.

The vessel was scheduled due to depart Barbados late Saturday on its way to the United Kingdom.

President of the Guyana Press Association (GPA), Nazima Raghubir, said the training is necessary for the media to understand its role during elections’ coverage and to disseminate credible information.

Raghubir also noted one of the intended outcomes of the training is to guarantee, “our work fosters an environment of social cohesion at an often-tense period.”

“As we approach this period, GPA would like to encourage media houses to have some introspection and examine how our work can impact on the greater good for this country in this period and beyond,” Raghubir said.

“Examine whether or not we are writing the real stories that ought to be told. Are we covering the real issues tied to elections and the post-election period when the real work ought to begin? Are our headlines and sound bites informing our audiences and most importantly are we really holding our politicians accountable?” the GPA Head continued.

BRIDGETOWN, Barbados (CMC): The first phase of a rehabilitation project at the Grantley Adams International Airport (GAIA), has started.

The project, that will be conducted in four phases over a 12-month period, will feature the complete resurfacing of the runway and taxiways; expansion of the parking apron; establishment of a new parking apron on the south side of the airfield; repair to aircraft parking aprons, along with other works.

According to the Director of Engineering at GAIA, Karen Walkes, work commenced on a taxiway at the western end of the airport on January 20, and this initial phase will involve the widening and resurfacing of approximately one-quarter of the runway and adjacent taxiway.

Walkes noted that the first phase of the 12-month project should be completed around the “end of March going into April”, and said that during this time work will take place throughout the day and night. However, it will not require closure of the airport during this period.

According to officials, the nearby districts of Fairy Valley and Thyme Bottom, located at the western and southern end of the airport, may be affected by noise and lights on the airfield at night. Persons could also expect to smell fumes from asphalt occasionally.

Trinidad prepared for any Coronavirus cases

PORT-OF-SPAIN, Trinidad (CMC): The Trinidad-based Caribbean Public Health Agency (CARPHA) says while there has been no confirmed cases of the novel Coronavirus (2019-nCoV), it is monitoring developments and working closely with its international health partners to respond to this health threat.

CARPHA said in the event that there is a suspected imported case in the region, it has already made arrangements with partner public health agencies for testing “within the next three weeks, while we await delivery of necessary supplies”.

The Pan American Health Organisation (PAHO) said up until last Friday, there had been 846 confirmed cases of infection by 2019-nCov globally, including 830 cases from China. It said 177 cases were severe and 25 people had died.

CARPHA executive director, Dr Joy St John said, presently, there have been no confirmed cases or reports of the 2019-nCoV in the Caribbean region and based on current information, the immediate health risk from this virus to the general public remains low.