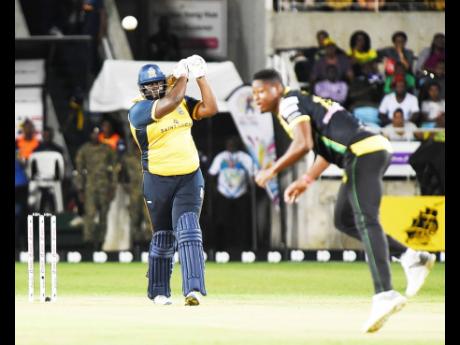 St Lucia Zouks have been bought by Indian investment group K.P.H. Dream Cricket Private Limited ahead of the eighth season of the Caribbean Premier League (CPL) set to bowl off next August.

The group already own the Indian Premier League franchise, Kings XI Punjab, who boast the Windies trio of Chris Gayle, Nicholas Pooran, and Sheldon Cottrell on their roster for the upcoming season.

"We are excited at the opportunity to invest in one of the most exciting sporting tournaments in the world, and we have been impressed by the vibrancy of CPL over the last seven years," Mohit Burman, a member of K.P.H. Dream Cricket Private Limited, said.

"We visualise taking the franchise to the next level and showcasing St Lucia in the best possible light over the coming years."

CPL's chief operating officer, Pete Russell, said he anticipated a successful partnership as the group brought "a wealth of experience" to the league.

"We are hugely excited to welcome this ownership team to the CPL family and we are looking forward to seeing where they take the Zouks during the upcoming season and beyond," Russell said.

"They bring with them a wealth of experience which is fantastic news for both the CPL and St Lucia as a whole.

"During the 2019 tournament the CPL made a positive economic impact of US$13,670,260 (just under J$2 billion) in St Lucia and this new ownership group will be working hard to see this figure increase."

Last year, the St Lucia franchise - then labelled St Lucia Stars - found itself at the centre of controversy just a month before the start of the new season when CPL terminated its operating agreement after a fallout with then owners Royal Sports Club LLC.

Headed by businessman Jay Pandya, the Philadelphia-based Royal Sports Club had taken over the operations of the Zouks three years prior and subsequently changed the name to St Lucia Stars.

Once CPL assumed responsibility for the franchise last season, the Zouks brand was revived.

The franchise has featured in the domestic Twenty20 tournament since the inaugural year in 2013 and currently boasts the likes of two-time T20 World Cup-winning captain Darren Sammy along with Windies players Rahkeem Cornwall and Andre Fletcher.