Thomas out of hospital after crash 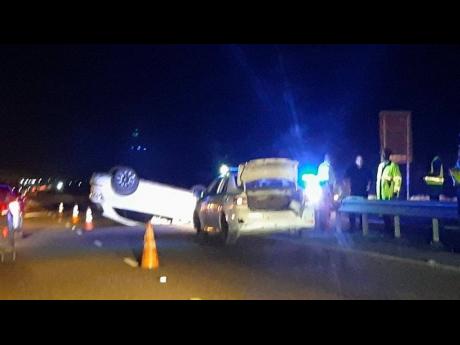 The scene of cricketer Oshane Thomas’ crash on the PJ Patterson Highway in St Catherine on Sunday. 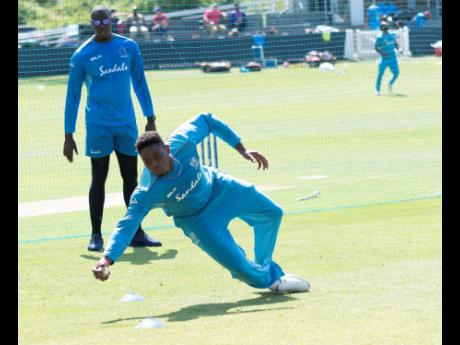 Thomas' vehicle, which he was driving, lost control after blowing a tyre, and overturned.

He was admitted at the Spanish Town Hospital, where he was treated for minor injuries and was kept overnight for observation.

Jamaica Cricket Association (JCA) Chief Executive Officer Courtney Francis said in a press release that Thomas was in good stead after being released. The JCA also, in the same release, wished Thomas and all parties involved in the crash well.

"Vehicular crashes are traumatic events which can leave those involved with physical and emotional scars," Francis said. "Thankfully, there were no fatalities on this occasion. The extent of the injuries on Mr Thomas and those involved are not yet clear, but we hope they can be addressed in the shortest possible time. Let us use this moment as a reminder for Jamaicans to exercise caution on our roadways at all times."

The 2019 Cricket West Indies Emerging Player of the Year last saw cricketing action in January of this year when he bagged three wickets for the Windies against Ireland in Grenada.

Thomas was said to be on a special training and fitness programme organised by head coach Phil Simmons.